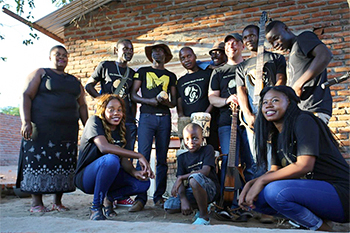 Available on CD, vinyl and digital, the music features singers recorded on the banks of Lake Malawi collaborating with over a dozen UK musicians, despite being separated by over 5,000 miles and with lockdowns in both countries. The Malawian artists sing in their native Chichewa language, commonly spoken across Malawi, Mozambique, Tanzania and Zambia. The lead single features a very special guest musician – Paul McCartney playing his Hofner bass.

The song marks an unexpected collaboration for one of the most influential and successful musicians in the world and is the first time Paul has performed bass as a guest musician on an African language song. Paul recorded his contribution during lockdown at his home studio, during sessions for what would become his #1 album McCartney III. The single will also be available in limited run 7” and 10” vinyl formats, each containing exclusive versions of the track, with all the proceeds going to the Malawian musicians.

Paul commented, “I’ve always loved African music so when I was asked to do this I jumped at the chance and ended up playing my Hofner bass on this cool song. It was great to collaborate with these excellent African musicians”

John Tobin, founder and producer, said “Paul’s bass is really in the groove, perfect for the song and it’s unmistakably his fingers on the fretboard of that legendary instrument. He’s helped us create us a great track and lead single, and it’ll bring these beautiful Malawian voices to the attention of many more music lovers around the world than we would have reached otherwise. We’re all so grateful to him, and really excited to give people a chance to hear our new music.”

The band started in 2010 after a chance meeting between UK-based producer John Tobin and Malawian singer/songwriter Max Jere. Born in Malawi but raised in the UK, John was rediscovering the African country when he had the idea to find a local singer to improvise over an instrumental track he’d recorded in his home studio. Against all the odds, Max had built a working recording studio in his small fishing village home, using packing crates and egg cartons to box off a vocal booth, and with an old computer that had to be turned off for 20 minutes every hour to cool down. Word of mouth led John to Max and together they were able to record Max’s vocals, fusing their very different cultures in music and building a lasting friendship in the process. Each time John returned to Malawi in following years they wrote and recorded more songs, more musicians joined in and eventually they had enough music for a full album. The proceeds of ‘Let Them Speak’ (2015) funded the building of a new and upgraded home and studio on land that Max owned but couldn’t afford to develop. 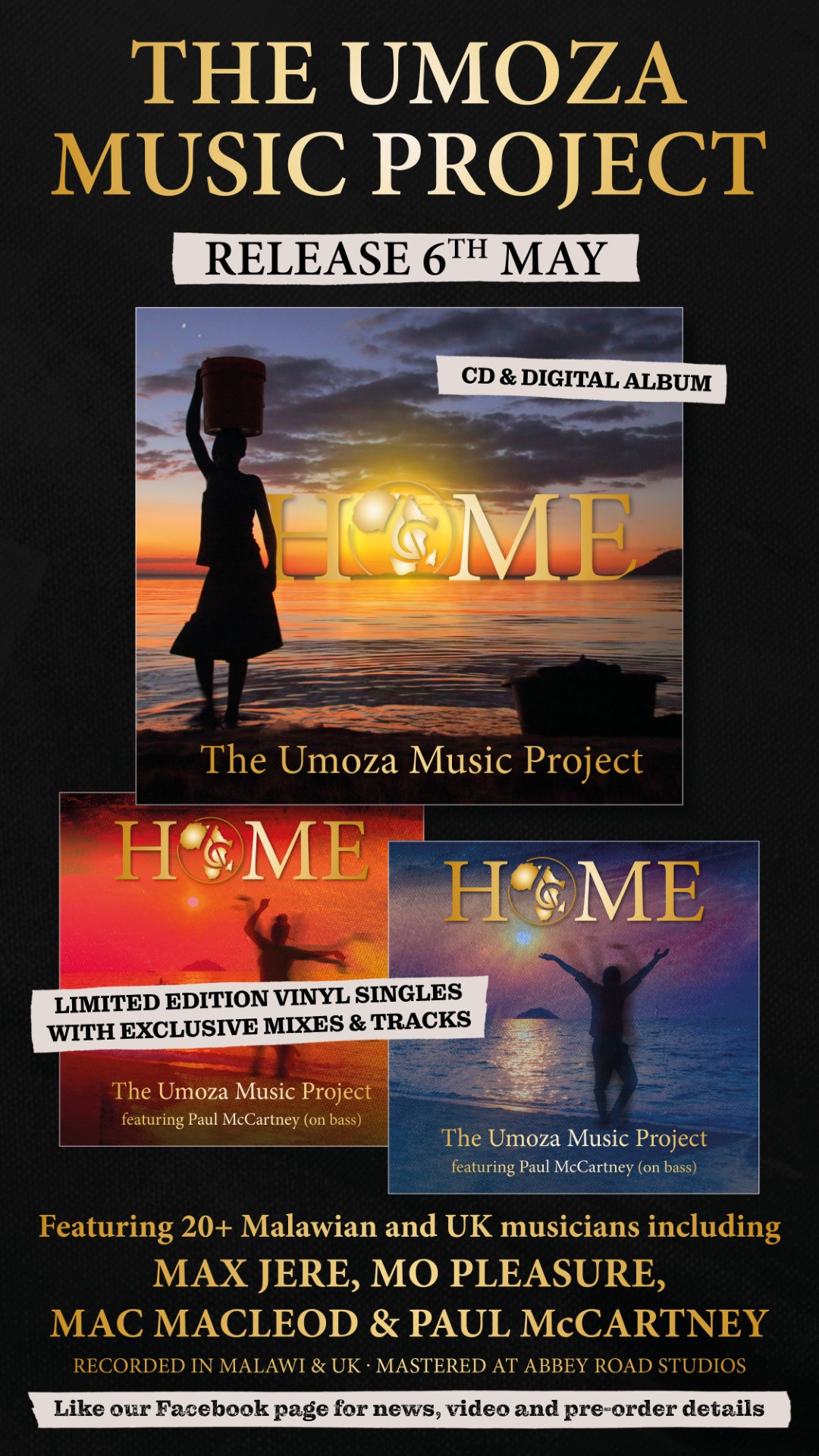 This new studio has been used to record the 12 songs featuring on their new album. Travel restrictions due to COVID have made it impossible to meet in person for several years but given they were already used to remote collaboration, the pair could continue working in their home studios, sharing ideas, performances and mixes via WhatsApp. With the recordings complete, the music was mastered at Abbey Road by Geoff Pesche who’s worked with Gorillaz, Dizzee Rascal, New Order and Kylie Minogue amongst others.

A music video for the lead single has filmed in and around the Malawian studio, showing home life in the African country. A documentary is also currently in production, telling the unlikely 10-year story of how a series of crazy ideas and happy accidents led to dozens of singers and musicians collaborating across continents. Interviews filmed in the UK and Malawi, and archive footage captured since the very first recording session, bring to life the challenging but exhilarating experience of making music in the African fishing village.

John reflected, “This project has shown me again and again that the power of music to bring people together is a very real and special thing. It’s been really rewarding to see everything that’s grown from that first day with just me and Max – two guys from completely different worlds completely outside our comfort zones. We used music as a way of creating common ground and to see what would happen. We could never have predicted what it would lead to, and how many incredibly talented people in both countries would want to join in! We’re proud of the music we’ve made together, and we’ve all had a lot of fun along the way.”