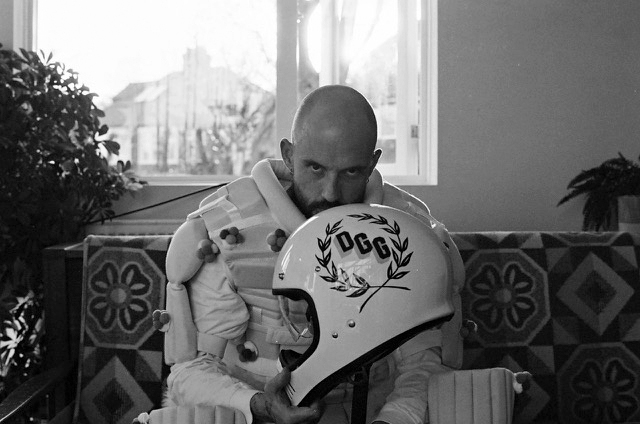 AS IDLES gear-up for the release of their highly anticipated new album, JOE TALBOT is pleased to announce a series of ‘In Conversation’ shows this Winter.

Releasing ‘CRAWLER’ on 12th November 2021, the frontman will be taking the opportunity to sit down and discuss the record in greater detail at a short series of intimate Q&A sessions.

Taking a deeper dive into the album as well as chatting about life, music and more, Talbot will be in conversation with Creation Records legend ALAN McGEE. This limited run of shows will also offer the audience a unique opportunity to ask their own burning questions to the IDLES mainman.

Tickets are on sale now.

Joe Talbot is the frontman of IDLES. A self proclaimed ‘angry band from Bristol’ who have become a beacon of hope for guitar music and a key voice amongst a new wave of artists fighting back in a tough socio-political climate with punk spirit.

Taking the country by storm in recent years, from incredible sets at festivals like Glastonbury to nominations for the coveted Mercury Prize with their acclaimed second album ‘Joy As An Act Of Resistance’, IDLES have staked their place as one of the world’s most vital acts.

Last year, IDLES released ‘Ultra Mono’, a record that debuted at #1 on the UK charts, and in the US went #1 on the Emerging Artists chart, Top 10 on Album Sales, Vinyl Sales, Rock Albums, and on the Alternative Album charts. The album received widespread critical acclaim, in addition to major profiles both sides of the Atlantic including with The Guardian, NME, New York Times, Rolling Stone + more.

Fast forward to 2021 and IDLES are now readying their fourth album in as many years, with ‘CRAWLER’ due to hit the shelves on 12 November via Partisan. On ‘CRAWLER’, the group brings to life vivid stories of trauma, addiction and recovery with its most soul-stirring music to date. The 14-track project was recorded at the famed Real World Studios in Bath during the COVID-19 pandemic and co-produced by Kenny Beats (Vince Staples, Freddie Gibbs) and IDLES guitarist Mark Bowen.