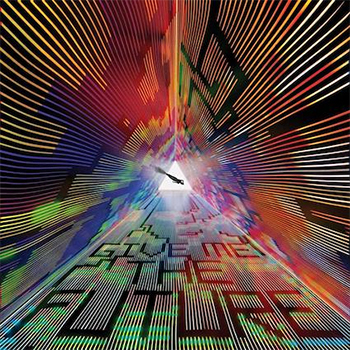 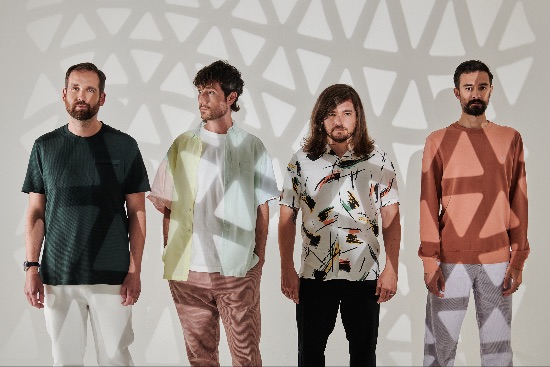 Bastille have unveiled the official video for their latest single “Shut Off The Lights”—watch HERE. In the feel-good video, which made its broadcast premiere on MTV Live and MTVU, people are disconnected from their devices, unplugged from their digital “innerverses”, and forced to reconnect IRL—resulting in an infectious office dance party celebrating the importance of human connection.

Dan Smith says, “We wanted to make something that reflected the euphoria and the fun of the song. The track is a moment of humanity, normality, and intimacy on the album, so a video celebrating small funny moments in the day seemed to make sense. Plus, it just makes us want to dance, so it seemed only right to get that in there too.”

“Shut Off The Lights” is taken from Bastille’s upcoming fourth studio album Give Me The Future out next Friday, February 4th. The song has received widespread praise from Billboard, Clash Magazine, DIY, Dork, Entertainment Tonight, NME, Rolling Stone UK, V Magazine, and more, with Billboard proclaiming, “Bastille has not-so-quietly developed into one of the most consistent mainstream pop-rock acts working today, building their alternative-leaning songs around Dan Smith’s booming voice but shifting their focus often enough to avoid repetition,” and V Magazinedeclaring, “‘Shut Off the Lights’ might just be the highest they’ve ever gone.”

Laced with references to sci-fi films and literature, video games and VR, Bastille’s new album Give Me The Future explores a futuristic wonderland free from restrictions—each song a different danceable dreamscape, a place where you can travel back and forward in time to be anyone, do anything, and embrace a new wave of technology, which enables us to get lost inside our imagination.

It’s a record that takes the idea of the limitless possibilities of the future and journeys everywhere from a joyride of escapism on the uplifting “Thelma + Louise” – a tribute to the iconic feminist film on its 20th anniversary – to 80’s New York with the artist Keith Haring on the bright and whistling “Club 57” to a hospital bed in Australia for the devastating but hopeful “No Bad Days.” You’ll hear disco basslines, orchestras of synths, guitars, futuristic gospel, spaceship sounds, euphoric strings, vocoders, talk boxes, a choir of roadies, and host of beats. The title track “Give Me The Future” tips its hat to Phil Collins and The Police, “Shut Off The Lights” is a sonic love letter to Paul Simon’s Graceland, and “Stay Awake” nods to Daft Punk and Quincy Jones.

Having thrown themselves into co-writing for other artists in recent years, for the first time ever on a Bastille album, the band inched open the door to collaborators. Although primarily produced by Dan Smith and long-term production partner Mark Crew, the band also worked with a handful of writers and producers to expand the world. “Distorted Light Beam” was co-written and produced with Ryan Tedder (Adele, Paul McCartney, Taylor Swift), who also helped as a sounding board and executive producer for the album. “Thelma + Louise,” “Stay Awake,” and “Back To The Future” were co-written with legendary songwriter Rami Yacoub (Britney Spears’ “…Baby One More Time”, Lady Gaga’s Chromatica Album). They also worked with British writers Jonny Coffer, Plested, and Dan Priddy to bring the album to life.

Over the course of their previous three albums, Bastille have cemented a reputation for building whole worlds around their releases, often doing so with innovative, award-winning creativity. Give Me The Future is no different, this time accompanied by a fictional, but familiar, tech giant called Future Inc., the creators of an invention called “Futurescape”—a device which allows users to live out their dreams virtually. It’s weaved through every element of the campaign and can be seen in the videos for the previous singles—“Distorted Light Beam,” “Thelma + Louise,” and “No Bad Days.” Watch Bastille talk about the inspiration behind Future Inc. HERE.

To celebrate the release of Give Me The Future out on February 4, Bastille will perform a series of intimate outstore shows across the UK, in partnership with the UK’s independent record stores. Then in April, the band will return to arenas for the first leg of their Give Me The Future tour (with many dates already sold out) before heading out to the US for dates in May and June.

“You don’t predict the future, you imagine it.”
BASTILLE: