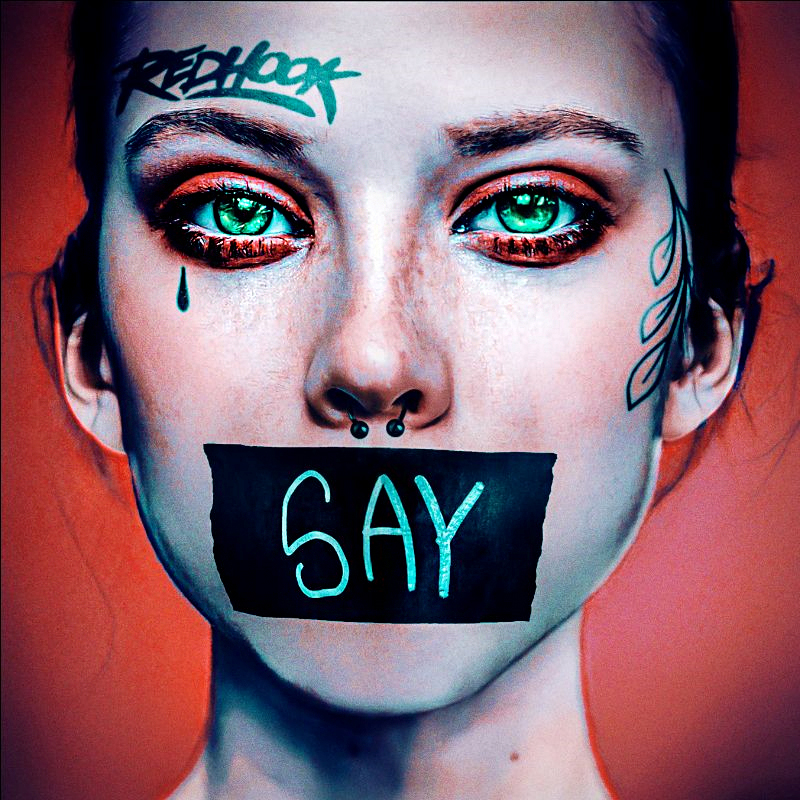 WATCH THE VIDEO FOR ‘SAY’ – HERE

Eora/Sydney-based alt-rock force RedHook have today returned with their fiery new single ‘SAY’, self-produced by guitarist Craig Wilkinson and mixed by Sam Guiana (Between You And Me, The Devil Wears Prada).

‘SAY’ is a heavy-riffing firecracker that takes its sonic cues from the UK’s new wave of electronic rock pioneers such as Bring Me The Horizon, Nova Twins and Nothing But Thieves, offering up a seismic smash of fuzz-drenched octave guitars, sizzling synth production, and irresistible vocal hooks that crackle with grungy distortion.

Lyrically, ‘SAY’ sees RedHook vocalist Emmy Mack blow the lid off numerous instances of sexism she’s experienced during her time as an artist, both before and after the #MeToo revolution. A timely topic, given the damning findings of the recent independent Raising Their Voices report into sexual harassment and discrimination across the Australian Music Industry.

“When I was first starting out, I was told in no uncertain terms that I had a ‘use-by date’, I was pressured to dumb down my ‘image’ and conform to a more palatable ‘female rock artist’ stereotype; and I was repeatedly made to feel like my opinion didn’t matter when it came to my own music and career. And even though it does feel like things are starting to shift in a more positive direction, with the #metoo movement and now this Raising Their Voices report helping to bring these issues out of the shadows, we clearly still have a long way to go.I hope my little trauma dump on ‘‘SAY’ helps empower people who’ve copped similar bullshit in any aspect of life. My vision for the song is to be a loud and impetuous ‘fuck you’ to anyone who’s ever tried to make anyone else in this world feel voiceless or small.”
VIDEO FOR ‘SAY’

RedHook will support the release of the single by completing their 28-date regional tour of Australia as main support for Byron Bay metalcore titans In Hearts Wake throughout September and October, before capping off the year with performances at the juggernaut Good Things festival in Eora/Sydney, Naarm/Melbourne, and Meanjin/Brisbane alongside the likes of Bring Me The Horizon, The Amity Affliction and Polaris, as well as the Central Coast’s Rolling Sets festival alongside Hilltop Hoods, Peach PRC and Alex Lahey this December.

This follows on from a meteoric year that saw RedHook complete their biggest ever national headline tour, plus make their critically acclaimed debuts at Australia’s Groovin The Moo and UNIFY Gathering festivals, as well as two of the biggest heavy music festivals on the planet, Germany’s Rock AM Ring and Rock Im Park; a feat few Australian bands can claim.

The music video for ‘SAY’, directed by Her Name Is Murder Productions (Ocean Grove, Sepultura), features live footage taken from these two festival appearances and the rest of the band’s European tour back in June.