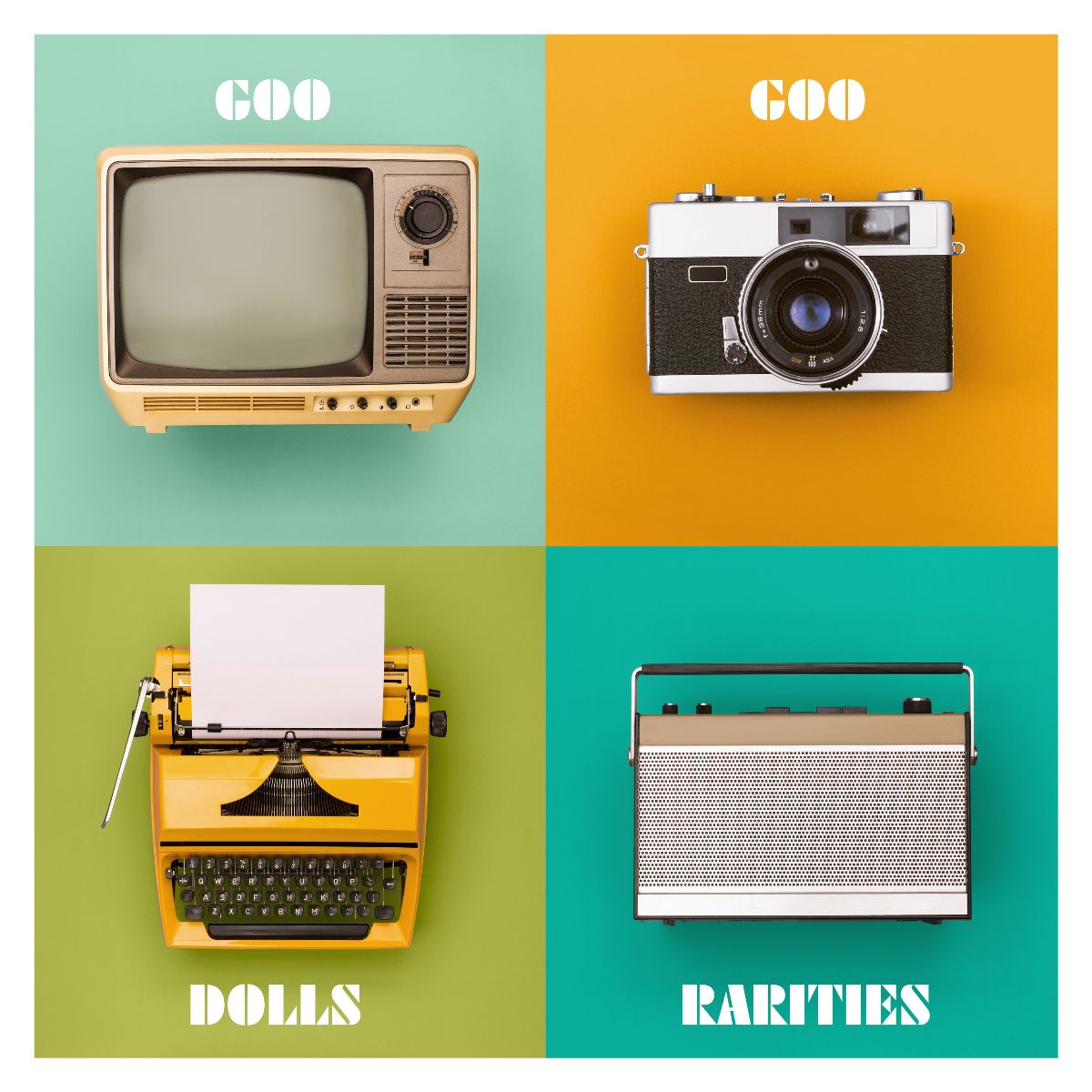 Rarities is a retrospective collection of 20 songs spanning Goo Goo Dolls’ career from 1995 to 2007; a prolific period during which the band released several chart-topping hits, ascended to mainstream stardom and cemented their footing as one of the most influential rock bands in recent memory.

The double LP features numerous tracks previously unreleased on digital streaming platforms or any physical format, including b-sides, live songs, acoustic renditions, radio performances, international releases and additional non-album tracks. To celebrate the announcement, the group has debuted the first taste from the record today which is a live version of the INXS track “Don’t Change (Live)”.  Listen HERE.

Pre-orders for Rarities are available beginning today HERE, and complete track-listing information can be found below for both digital/CD and vinyl releases.

With over three decades and counting together as a band, this special release provides an incredible panoramic view of Goo Goo Dolls’ alternate journey through the past. Rarities includes live tracks such as “Let Love In” and “Listen” that were recorded at the legendary Capitol Studios in Hollywood, acoustic versions of iconic singles such as “Iris,” “Slide,” and “Name”, international releases including a remix of “Long Way Down” by Grammy® award winning mixer/producer/engineer Tom Lord-Alge, and even a one-minute performance of the Major League Baseball-staple “Take Me Out To The Ball Game”, plus many other rare tracks from the vault.

“RARITIES” VINYL TRACK-LISTING
SIDE ONE

Last month the band released a surprise extended play titled EP 21 via Warner Records. Produced by frontman John Rzeznik and recorded during the pandemic, the project featured stripped-back versions of four fan-favourite tracks from the band’s illustrious catalogue.  They are currently in the studio recording their highly anticipated thirteenth LP.

ABOUT GOO GOO DOLLS:
Formed in Buffalo, NY during 1986 by John Rzeznik and RobbyTakac, Goo Goo Dolls quietly broke records, contributed a string of staples to the American songbook, connected to millions of fans, and indelibly impacted popular music for three-plus decades. Beyond selling 12 million records worldwide, the group garnered four GRAMMY® Award nominations and seized a page in the history books by achieving 14 number one and Top 10 hits at Hot AC—“the most of any artist.” As a result, they hold the all-time radio record for “Most Top 10 Singles.” Among a string of hits, “Iris” clutched #1 on the Hot 100 for 18 straight weeks and would be named “#1 Top 40 Song of the Last 20 Years.” Thus far, A Boy Named Goo (1995) went double-platinum, Dizzy Up The Girl went quadruple-platinum, and Gutterflower (2002) and Let Love In (2006) both went gold as Something for the Rest of Us (2010) and Magnetic (2013) bowed in the Top 10 of the Billboard Top 200. 2016’s Boxes attracted the praise of People and Huffington Post as Noisey, Consequence of Sound, and more featured them. Their music has been covered by everyone from Taylor Swift to Leona Lewis. Among many accolades, John received the prestigious “Hal David Starlight Award” in 2008.

Following a sold-out 2018 twentieth anniversary tour in celebration of Dizzy Up The Girl, Goo Goo Dolls wrote and recorded their twelfth full-length album, Miracle Pill (Warner Records)—igniting a bold and bright new era in the process. On October 30th 2020 the band released their first-ever Christmas album It’s Christmas All Over.