Golden Robot Records is proud to announce the signing of the eclectic trio, Melody Brothers.

The band are no strangers to the industry with the band comprising of  Brett Scallions the original lead singer of Fuel, Eddie Wohl who is a five time Emmy Award winning songwriter, composer, producer & mixer, whose projects have sold over 6 million units and Billy Harvey completing the trio, producing records for artists like Crystal Bowersox (finalist on season nine of American Idol), Bob Schneider, Pat Byrne (winner of the first series of The Voice of Ireland), Charlie Mars, and Steve Poltz.

Melody Brothers first got together in 2016, when Eddie invited Brett and Billy to his studio for a writing session. Though Brett and Billy had just met, Eddie’s suspicions were spot-on: after just a few days in a room, the trio had three new songs to share. Conflicting commitments saw the band put their project on hold until the world shut down in 2020.

The band refused to let anything get in their way this time. The project was revving up again, and even distance proved a surmountable hurdle. With Billy in Nashville and Eddie and Brett both in California, the group decided to pursue the project virtually, via Zoom and FaceTime calls. Their mentality: “never let anyone tell you that you have to be in a room together to write or record an album.” They started writing, and before you know it, they had written—and recorded—18 songs.

Having already gone through their individual trials and tribulations in the entertainment industry, the band knew exactly what they were looking for when entrusting a label with this project with Scallions commenting “Melody Brothers couldn’t be more excited and proud to be part of the Golden Robot family. As an artist, you are always searching for a team thriving on passion and love for what they do as well as for the music you provide. We have definitely found such traits in the Golden Robot team. The future certainly looks bright for Melody Brothers. Here…we…come.”

The excitement of Melody Brothers joining the Golden Robot Records umbrella can be traced straight into the office of Golden Robot Global Entertainment Group CEO and President Mark Alexander-Erber saying, “From the moment I met Brett in Los Angeles I understood why he is known as one of the nicest guys in rock n roll and I wanted to work with him, so signing him and the band to Golden Robot Records is wonderful and being a fan of each members accomplishments will also make this journey even more exciting. We cant wait for the world to hear what the Melody Brothers has to share with them.”

The band is being overseen by well-established manager Paul Geary who is also excited by the blossoming relationship between Golden Robot Records and Melody Brothers stating “I am thrilled that Melody Brothers have signed a deal with Golden Robot Records.  These days it is very difficult to find a record label willing to dig in on the ground level with a new act; and GRR are one of those rare labels.  With A-level song writing, performances and an aggressive visionary label leader in Mark Alexander-Erber, the possibilities are endless.”

Melody Brothers are expected to release their first single via Golden Robot Records before the end of 2022. 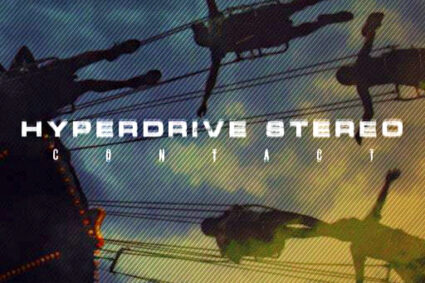