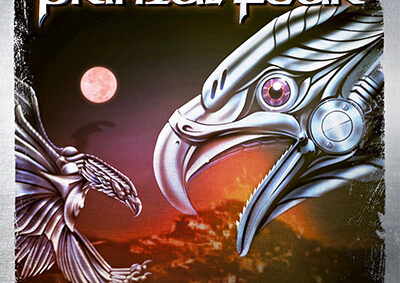 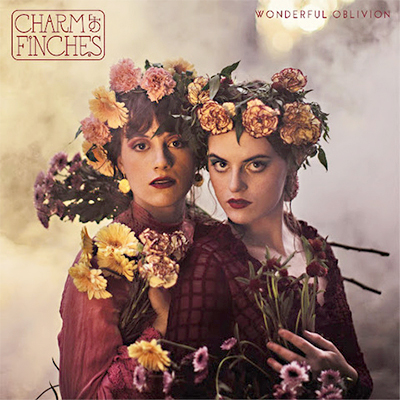 STREAM ON ALL SERVICES HERE
NEW SINGLE ARRIVES AHEAD OF FIRST-EVER UK HEADLINE TOUR+ NEW ALBUM: ‘WONDERFUL OBLIVION’ AVAILABLE IN THE UK, 6 MAY 2022 VIA ANTI-FRAGILE MUSIC

Ahead of their first-ever UK headline tour – CHARM OF FINCHES – are releasing a spine-tingling rendition of Joni Mitchell’s classic single: “River”.

STREAM ON ALL SERVICES HERE

Nodding to one of the natural world’s most beautiful and life-nurturing features, the release of “River” coincides with this year’s Earth Day (22 April).

Adorned with the hymnal vocal harmonies and spacious arrangements that define the duo’s trademark sound, Charm of Finches conjure a breathtaking version that showcases the band’s singular talents, while also paying fitting homage to one of the all time songwriting greats.

Initially recorded as an exclusive for their Patrons last year, the track is now being made available as part of an upcoming acoustic EP entitled ‘Bluest Colour’, which will feature a mixture of covers and alternative versions of previously released tracks. Full release details will be revealed in due course.

Speaking about the choice of cover, Mabel and Ivy Windred-Wornes say:

“We’ve been listening to a lot of the artists from Laurel Canyon and that era for a secret project we are working on. We’ve loved diving into the lyricism of Joni Mitchell, and felt an immediate affinity with the lyrics “I wish I had a river so long, I would teach my feet to fly” – we have had itchy feet to travel with our music since forever, and now, with our UK/Europe tour finally upon us, we get to fly… Our song “Canyon” carries the same longing to leap into the unknown, to get going on an adventure. ”

With a spate of shows scheduled across the nation, their UK tour kicks-off in Oxford’s Holywell Music Rooms tomorrow (23 April).

Due to perform songs from their majestic third album: ‘Wonderful Oblivion’ (which will be available in the UK on 6 May 2022, via Anti-Fragile Music), fans will be able to catch Charm of Finches at these venues as follows:

Already adored in their home nation by press and public alike, the duo earned a nomination for the coveted 2021 Australian Music Prize. In recent times they have also been awarded the 2021 Music Victoria’s Best Folk Act and Youth Artist of the Year at the 2021 Australian Folk Music Awards. Releasing their third full-length album “Wonderful Oblivion” in the UK on 6th May 2022 via AntiFragile Music label, you can tune into the videos for recent singles “As A Child”, “Treading Water” and “Canyon” now.

STREAM ON ALL SERVICES HERE