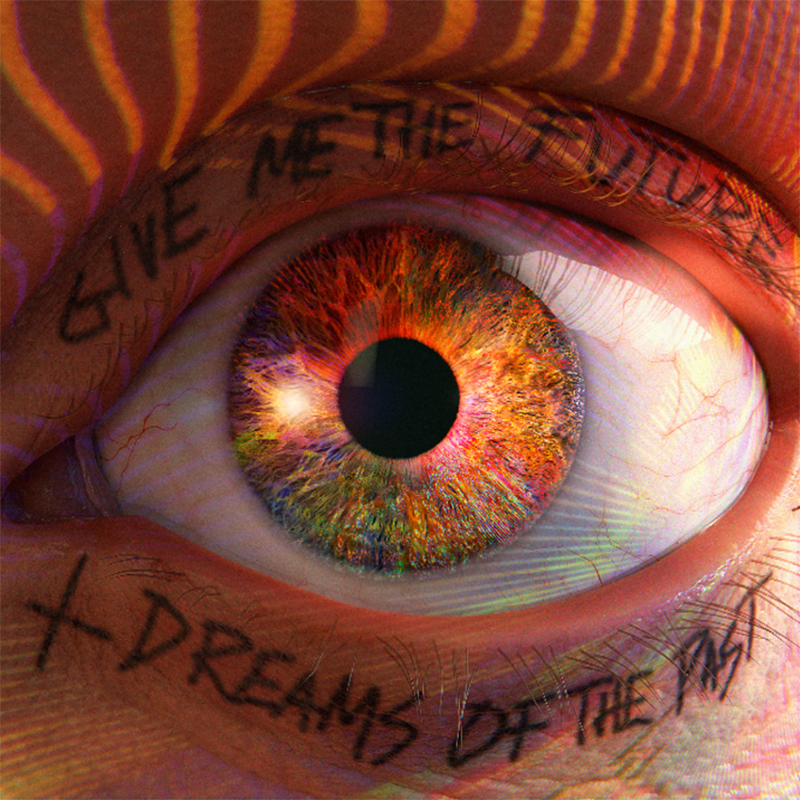 Earlier this year Bastille released their hotly anticipated No.1 album, “Give Me The Future”, a record that explores a futuristic wonderland free from restrictions. The album embraces a new wave of technology, which enables us to get lost inside our imagination and travel back and forward in time to be anyone or do anything.

Now, the band are adding a further instalment to this critically acclaimed release, sharing a three-part extended edition of the album, dubbed “Give Me The Future + Dreams Of The Past” featuring another album’s worth of new songs, collaborations, covers and reprises.

“In releasing this version of the record, we wanted to give the complete picture of what we intended with this album and also explore the idea that you can choose your own adventure,” Dan says. “You can dive into the ideas of the future and an electronic world, or you can fall back into the past – away from technology and into ideas of memory and nostalgia – both thematically and musically. Or you can choose full-on dancefloor heartbreak escape.”

With the original album on part one, part two continues some of the themes and narrative from the original record, delving into songs that are shot through with notions of technological dependence, human connection and the limitless possibilities of life online. Part three, meanwhile, acts as a mini return to the band’s acclaimed “Other People’s Heartache” Mixtape series opening the four-piece up to collaborations, covers and concept-free creativity.

The new songs make ever clearer the link between the future and past, highlighting the ability to choose to go backwards as well as forwards like in more nostalgic cuts such as the Graceland-inspired “Family Ties”. Written about Smith’s memories of visiting his late aunt in South Africa, the warm, wistfulness of the track provides a counterpart to time travel’s usually futuristic sheen – as per new single, the rave-ready electronic club banger “Revolution”.

“Revolution” had always been one of the core songs for “Give Me The Future” and took inspiration from Quincy Jones’ production and The Weeknd’s “Can’t Feel My Face”. “The chorus is about the intimacy of human connection in the context of some science fiction, space-centred imagery. But it’s also about the idea of those amazingly thoughtful people who spend their lives trying to change the world in a positive way,” explains Dan. “I’m totally over-awed by people like that – if you’re one of them, like an inventor, activist or scientist, you have to have the ability to imagine a version of the future that’s better than what currently exists, and then have that energy to actually work to make it happen. Alongside all the other things life throws at you. So, I wanted to nod to those people and the idea that before anything big happens, most of them will have had these little revolutions in their minds, a change of perspective that leads to something bigger.”

On the “Other People’s Heartache” section of the album – Bastille bring that energy to life via collaborations; The glacial groove of “Run Into Trouble” with Alok, the garage stutter of “Eight Hours” with Tyde, a cover of the Bruce Springsteen classic “Dancing In The Dark” and boundary-less new songs including the irresistible, “Remind Me” and the melancholic power ballad “Running Away”.

The last song on the record is the beautifully ethereal, “Hope For The Future”, a song which hints at where the band could sonically go next. Written for the soundtrack of the Leonardo DiCaprio-produced documentary “From Devil’s Breath” – a short film about forest fires, climate change and tree planting. It centres around an acoustic guitar melody and Smith’s layered vocals. “I was thinking about Sufjan Stevens and Bon Iver and all the acoustic artists who manage to write music that is both orchestral and floaty, but also a grounded in some grit,” he says. “It was very much at odds with all of the synthesisers, drum machines and electronic instruments and the production that we were using for “Give Me The Future”, but I feel super proud of it.”

Their fourth album, the masterful “Give Me The Future”, was hailed by many critics as their best release to date, with The Fader describing it as “a grand collection of sci-fi inspired songs attempting to make sense of the world’s fast-moving venture into dystopia”. NME said: “The result is the most expansive, yet cohesive record Bastille have put their name to,” adding that the band may have “created a perfect soundtrack to life after lockdown”. The Independent, meanwhile, declared: “When confined within Bastille’s catchy hooks and imaginative, era-spanning production, what lies ahead suddenly isn’t so terrible. The future is bright – for 30 minutes’ worth of bops, at least.”

Since the release of the record, Bastille have created an immersive experience at their sold out gigs, bringing the themes of the album to life in arenas across the UK and on a tour of North America.

At this year’s Glastonbury Festival, such was the demand to witness their secret set the festival organisers had to cordon off the surrounding area at the 1,000-capacity William’s Green tent as festivalgoers tried to descend in the masses to catch a glimpse of their secret performance.

Such fervent scenes will continue across the summer as the band play huge sets at festivals across the UK and Europe, including Boardmasters, Sziget and two mammoth sub-headliner spots at Reading & Leeds 2022. Following that, they’ll take the “Give Me The Future” tour to South America, stopping in Argentina and Brazil, before continuing the enthralling trek across Europe. 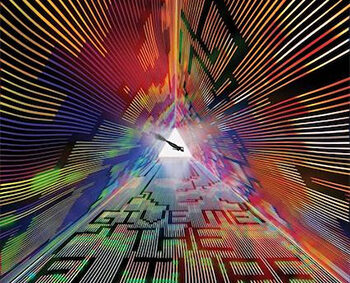