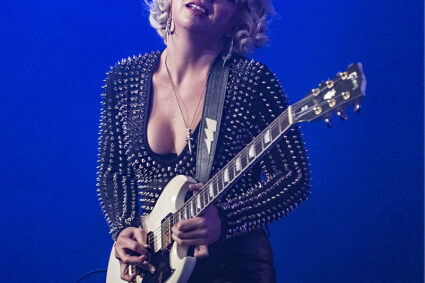 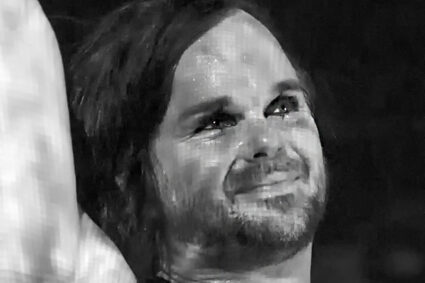 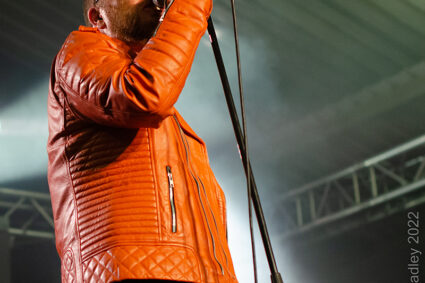 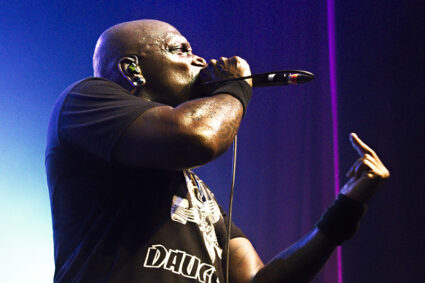 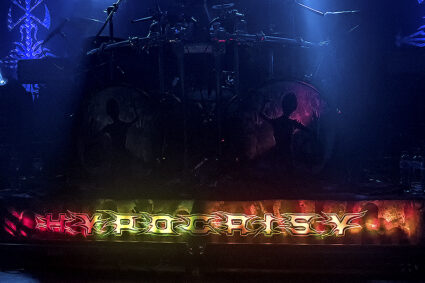 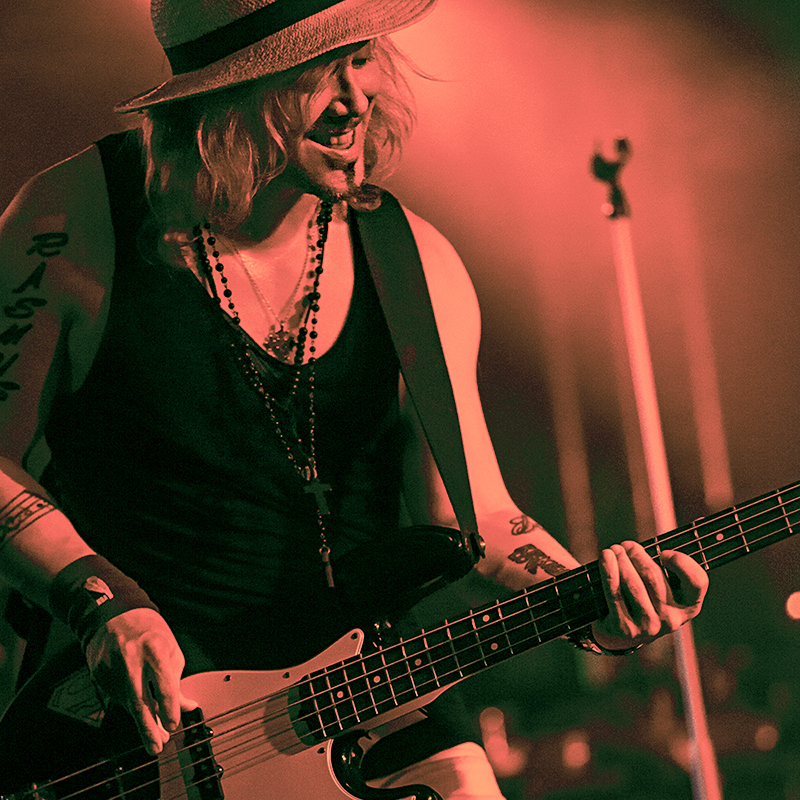 My phone started pinging just as I left the house, it had been pinging intermittently all afternoon giving updates of history unfolding at Balmoral, but the increase in frequency led me to look at my phone to discover that the only era most of us had ever known had ended, the Queen was dead. Although familiar with the London Bridge is down procedures, I wasn’t sure what happened at 7pm on a Thursday night regarding gigs so continued on my way half expecting it to be cancelled. It was a balmy night and lots of people were standing outside, fortuitously most were already suitably dressed for mourning in rock ‘n’ roll black.

Collateral had just gone on stage as I walked through the door; now for anyone who hasn’t been to the Engine Rooms it is a big oblong box, with a wooden floor, brick walls and an uninsulated metal roof, sound bounces. Collateral were so loud it was just a blurred mosh of sound fighting itself and losing, fixing the sound in the Engine Rooms takes finesse that doesn’t involve volume. Even with my attenuated ear plugs the sound was a fog. However, Collateral is a showy band with all the moves and all the hair, with only six songs to make their mark they had their work cut out with a small early crowd but they gave it their all and won them over with the snappy little rockers like ‘Sin in the City’ and the thunderous ‘Promised Land’. All too soon they were gone.

The Treatment hit the stage full pelt and their opening back to basic rock opener amped up the energy in the room instantly. Vocalist Tom Rampton never stops moving, performing or throwing shapes. One minute with Tao, the next arms around Andy and Tagore. Like so many bands they have been on a hiatus and the same Covid doubts as to whether they would ever be able to return to what they love. The joy at being in front of an audience was all too clear to see by their exuberant performance, just having a good time, doing their thing, all singing along with the vocals. The Treatment is a what you see is what you get band, taking a leaf out of the AC/DC playbook they have a formula and an ‘if it ain’t broke, don’t fix it’ policy that works just fine for them.

There are no boundary’s pushed, the new songs are in line with the old but you get exactly what you want some good old, good fun, good times rock and on that basis, they do not disappoint one tiny jot. The Treatment are exactly the band you want to warm up your audience and get them ready for a great night.

And then on to Reckless Love, there is a noticeable movement of ladies to the front whereas the guys choose to prop up the bar in a manly, ‘I’m just here with the Missus’ fashion. I heard Reckless Love a few years back before I saw them live and had them down as a rather fun, very pretty, Finnish sleaze pop band. And they are indeed exactly that BUT… they are also an extremely tight, proficient band who unashamedly use some back tracks to deliver their spectacular brand of sleazy, cheesy pop in a consummate manner. I was heartly impressed the first time I saw them and I know I have told many people, leave your pre-conceptions at the door and just go and enjoy.

They arrive on stage to an intro of Thin Lizzy’s ‘The Boys are Back in Town’, which is endearing as not too many bands come on to intro’s any more, Olli is attired in a pale aqua suit and proves he can still do his Roth style kicks. I presume someone once told him he looked like Dave Lee Roth and has gone with it ever since. First song is ‘Turborider’ from their new album, heavier and punchier than previous fare it is a great opener. But you get the feeling the audience are here for the older songs a truth borne out by them jumping up and down as they started playing ‘Monster’. There is an almost audible intake of female breath as Olli takes off his jacket… followed by a sigh of disappointment as he stops at the jacket; however, they quickly recover during ‘Back to Paradise’, which had everyone jumping, punching the air and singing along to the chorus.

Reckless Love are all about the eighties and they celebrate this with one of their personal favourite songs Ozzy Osborne’s ‘Bark at the Moon’, in fairness Pepe did a tidy job of the guitar riff and solos but for an old bird like me who saw it performed by my beloved Randy Rhoads it was never going to be equal. Olli prowls the stage and discovers he can hang from the light bar and lean right out in to the audience, much to their delight.

Olli takes a moment towards the end of the gig to acknowledge the days historic sad event, “You didn’t just lose a Queen you lost THE Queen, and the whole world feels it” and promptly dedicated ‘Badass Baby’ to the Queen which raised a huge cheer as being absolutely, spot on appropriate.

They then finish out the set/encore with four old favourites, ‘On the Radio’, ‘Animal Attraction’, ‘Night on Fire’, and fabulously cheesy ‘Hot’.

Reckless Love could have used the opportunity to promote more songs from their current album but they rightly went with the tried and true and it was a spot-on decision, we’ve all had too much change and it was great to have a freaking good night out singing along to the familiar. I have only one complaint, the engaging Hessu Maxx was in complete darkness all night.

If you missed Reckless Love this time, around make sure you catch them next time, their recordings are quite light-weight and poppy and, rather like Bon Jovi in their day attract a large female following; but live they are heavier, tight, good fun and even the ‘chauffeurs’ at the back had a headbanging good time.